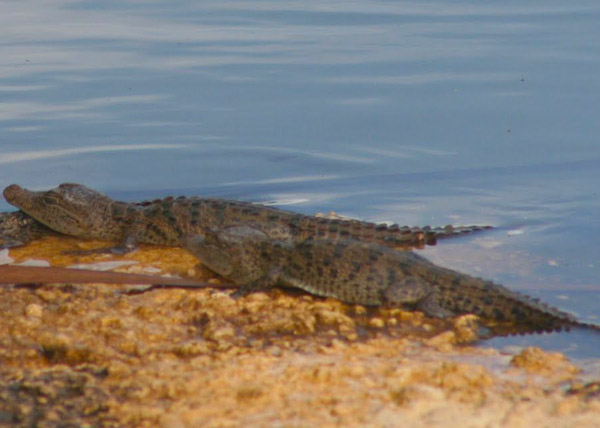 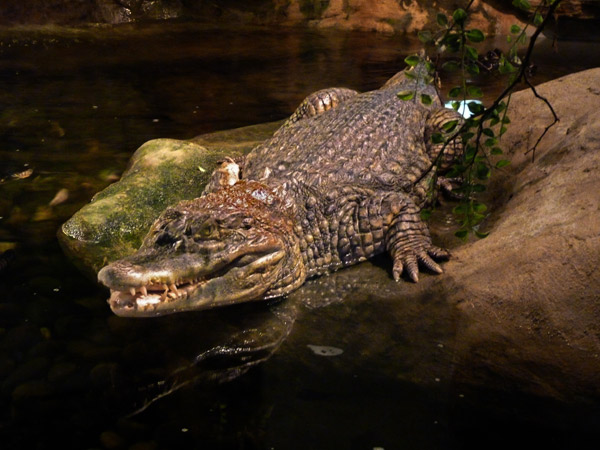 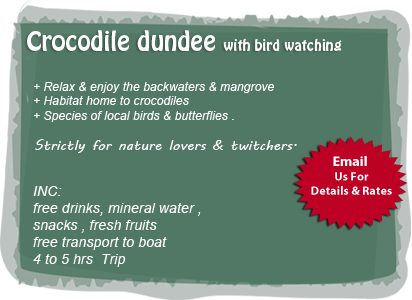 For Enquire Fill Below Form

This trip heads upstream to catch the Crocs in their riverside habitat. Let your hair down and toast to the two scenic islands of Chorao and Divar. What will evoke your keen interest is the Salim Ali Bird Sanctuary located among the Mangroves and the flat bottom ferries that transport people and vehicles across the river. The flora and fauna on this trip is amazing.Â

John Rodrigues recalls that Mugger crocodiles exist only in two locations in Goa -one in Opa River and another in the brackish waters of Cumbarjua. The huge, fierce looking crocodiles with dagger-like teeth are seen on the banks of the village of Cumbarjua. The 15 kms Cumbarjua canal connects the two main rivers of Goa---the Mandovi and the Zuari. The 'mugger' crocodiles are said to be less harmless than their salt-water cousins who prey on livestock and sometimes humans. It is believed that about 100 years ago, some of these crocodiles were floated in the waters to keep away enemies.

The vibrant mangrove habitat serves as a spawning ground for fish, prawns, mollusks, birdlife and crocodiles. Cumbarjua canal holds about 40-50 Crocodiles. In the Durbhatwadi village along the canal the crocs are even worshipped on the day of the new moon in January, as the guardian spirit of the community. Most of the Cumbarjua crocodiles are used to human presence. If anybody ventures too close, the crocs just jump into water and move away. These crocodiles are visible since they are cold-blooded, and need to spend a lot of time in the sun, well camouflaged on the mud banks. They are a hole-nesting species, and lay their eggs on the water's edge. The owner of John's boat tours, Mr. John Rodrigues shares his extensive knowledge of crocs, fish and birdlife with tourists on the trip.Â

Crocodile spotting in Goa is for the adventurous lot, who would like to get on board of one of John's traditional or modern boats. You can enjoy the thrilling experience of getting close to crocodiles in their natural setting without disturbing them at all. John's Boat Tours offers crocodile spotting tour in Goa which doubles up as a river cruise through the backwaters of Goa. Spending years of research and field trips, John Rodrigues has come to know that Mugger crocodiles in Goa exist only in two locations one in Opa River and another in the brackish waters of Cumbarjua. The huge, deadly looking crocodiles with dagger-like teeth are seen in the wild, right here in Goa in the narrow creek that intrudes into the thick mangrove jungle near the small village of Cumbarjua. John guides the boat through Mandovi River and follows the water channels till Zuari River. You will pass along the swampy, marshlands of Chorao Island as you progress on your crocodile watching trip in Goa.Â

John takes you to Cumbarjua Canal. This Canal is the link that connects the Zuari and the Mandovi River. This 15km long canal is the best place for crocodile spotting in Goa. Called 'mugger' locally, they are pretty harmless unlike their salt-water cousins who prey on livestock and sometimes humans. It is believed that about 100 years ago, some of these crocodiles were floated in the waters to keep away enemies. .Â

On the Cumbarjua canal, there is a thriving and vibrant mangrove habitat which serves as spawning ground for fish, prawns, and mollusks. This marine-life-rich ecosystem also sustains a healthy population of birdlife and crocodiles. The population of crocodiles in the Cumbarjua canal is currently estimated to be between 40-50. The canal is a 15 km long stretch of water located about 20 minutes drive away from Panaji. It links the two biggest rivers in Goa - the Zuari and Mandovi.Â

In the village of Durbhatwadi on the canal, the crocs are even worshipped on the day of the new moon in January as the guardian spirit of the community. This crocodile worship festival is called, "Maange Thapnee" in the local Konkani language of Goa. Most of the Cumbarjua crocodiles are used to human presence so much so that the local children even swim in the canal with the crocodiles nearby. If anybody ventures too close, they just jump into water and move away.Â

The Crocodylus Palustris (crocodiles) of the Cumbarjua breed is unique, as the muggers are freshwater crocodiles that have adapted to the saline mangrove eco-system- an achievement nowhere else found in India.Â

These crocodiles in Goa being cold-blooded, they need to spend a lot of time in the sun to keep them warm. Hence you can see them sunbathing on the muddy shores of the Cumbarjua canal. The grayish-brown skin of the crocodiles ensures they are extremely well camouflaged on the mud banks.Â

These fresh-water crocodiles of Goa are basically scavengers who also prey on sick fish and birds as well as crabs, dogs, cats, and - the very big ones on buffaloes or deer. They may even eat rocks to act as ballast and help them stay underwater for up to an hour at a stretch. But they don't eat much and get hungry only once every two weeks or so. The crocodiles which John shows you are a hole-nesting species, with the eggs laid in a pit away from the water's edge and guarded by the mother crocodile. Out of the typical clutch of about 30 eggs, only two or three hatchlings are expected to survive, the others becoming snacks for predators like mongoose, rats, ants, birds, and even some humans who consider crocodile eggs a delicacy. A full grown adult can grow up to 4 meters in length. To communicate, they bark like a dog or let out a bellow.Â

The owner of John's boat tours, Mr. John Rodrigues shares his extensive knowledge, informing tourist that the life span of a Goan crocodile is between 60 to 80 years. During the mating season which lasts from November to February, the crocodiles make a spectacular sight thrashing, jaw-slapping and blowing of water bubbles.Â

The Cumbarjua canal and river holds many a charm- the meandering river, the whispering mangrove, the wild crocodiles, peregrine falcon or the white collard kingfisher and a variety of butterflies that have drawn many tourists, travelers and nature lovers to the bio-diversity that exists here.